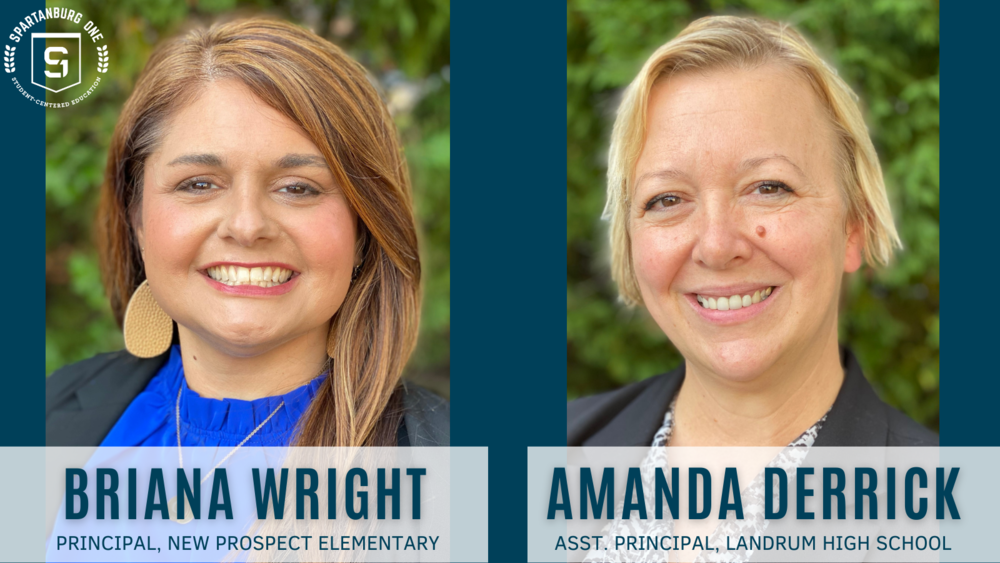 Spartanburg School District One announced Mrs. Briana Wright as the incoming Principal of New Prospect Elementary School and Mrs. Amanda Derrick as Assistant Principal of Landrum High School at a special called Board of Trustees meeting held on May 18, 2022.

Mrs. Derrick is currently a Special Education teacher at Reidville Elementary School in Spartanburg District Five, where she has taught for five years.  She has also served as an Instructional Coach in Greenville County, as well as an Assistant Principal at Lee County School District in Florida. I am confident that Mrs. Derrick will be an incredible leader.